I found this wonderful creation in a bin of miscellaneous objects at an estate sale. I love anything made with variegated yarn, so the eye-catching colors were what first attracted me. 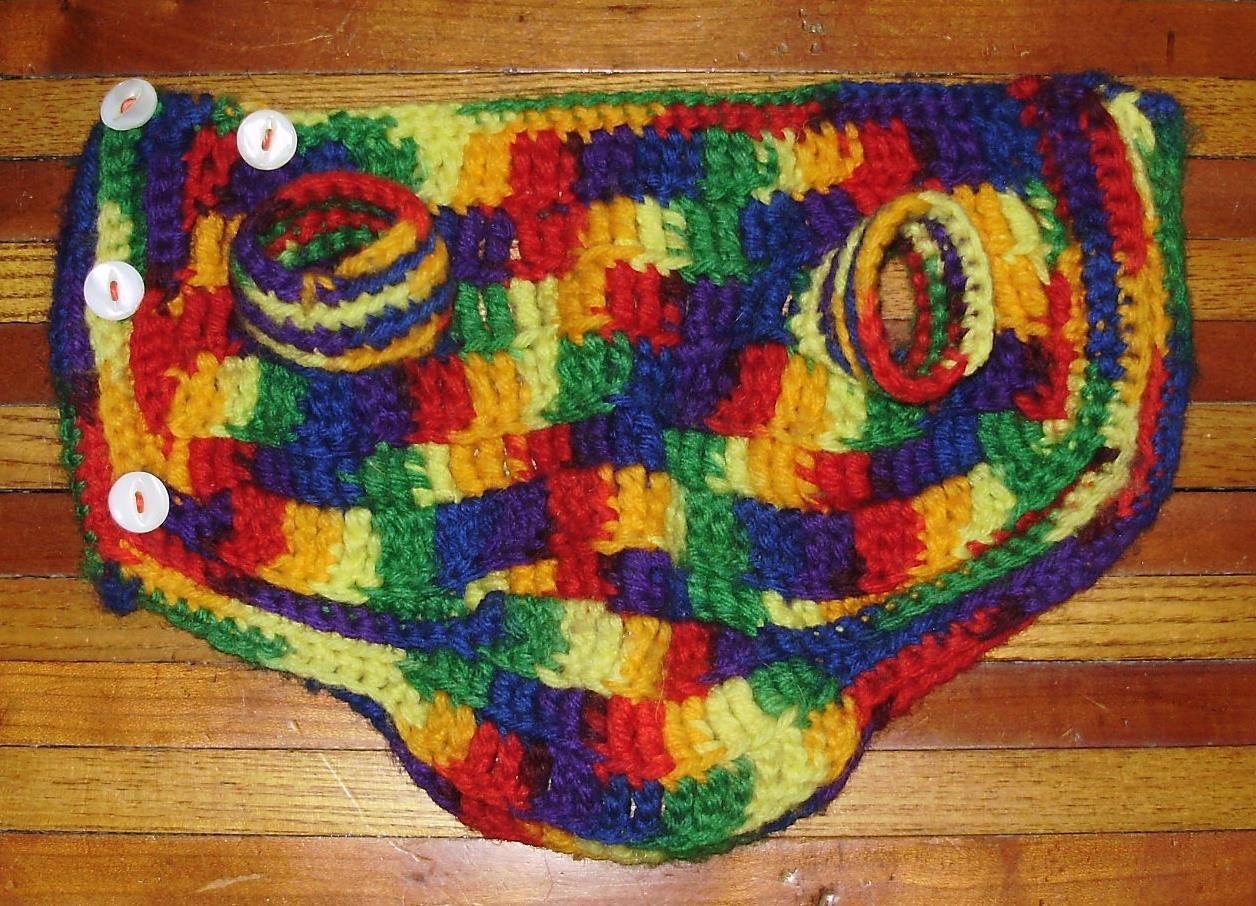 When I picked it up and examined it, I realized it had to be some sort of garment, with arm-holes and a button-up front, and it had been lovingly crocheted–perhaps for cat. Naturally I had to buy it! 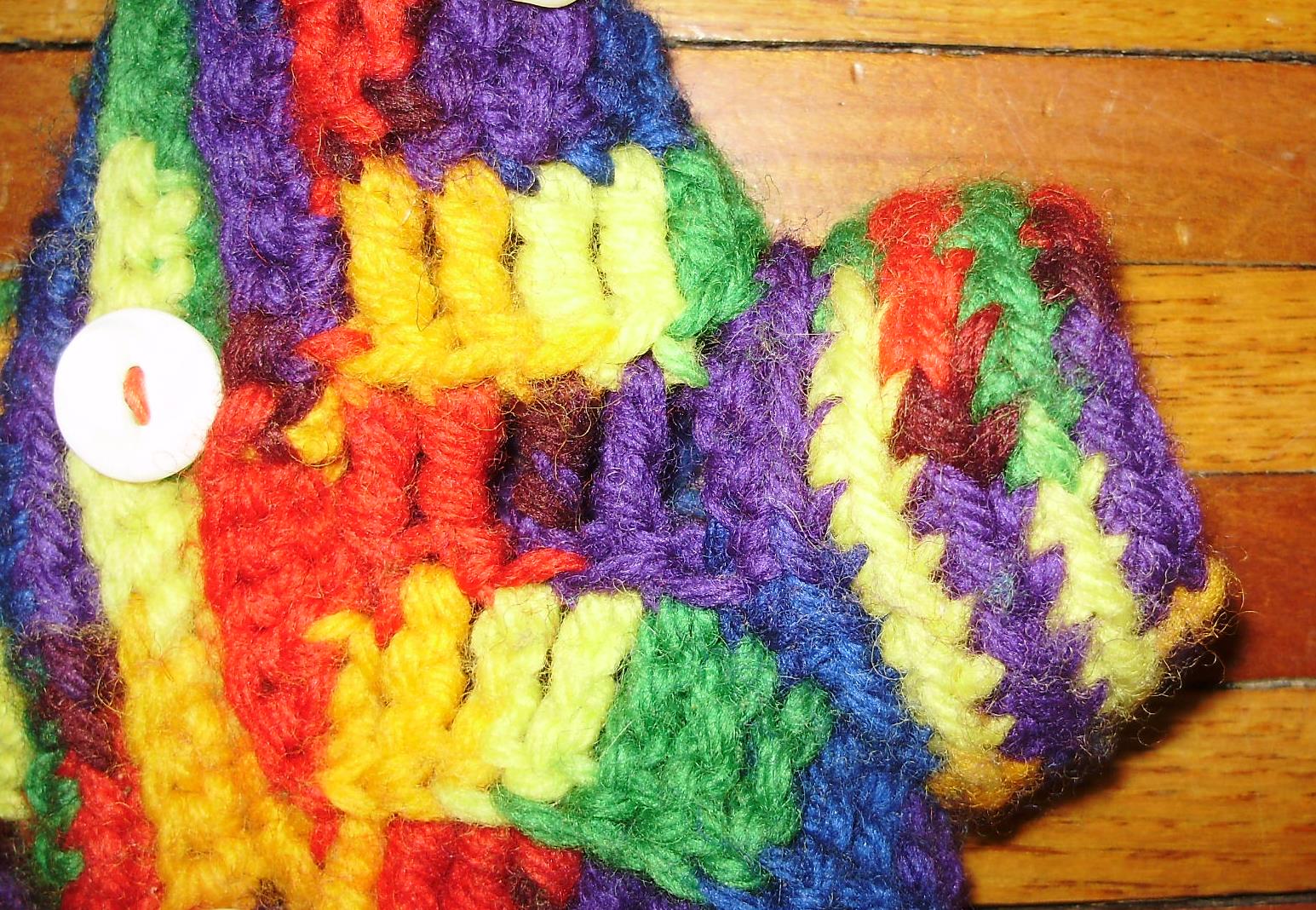 As I was settling up with the person running the sale, I commented on what a curious and fun treasure I had found and suggested it might be for a cat. No, he said. The woman who owned the house had been a chihuahua lover–“teacup chihuahuas,” the really tiny ones, and had owned two of them. I guess the rest of their wardrobes moved with them. Perhaps this garment was too gaudy for their tastes. 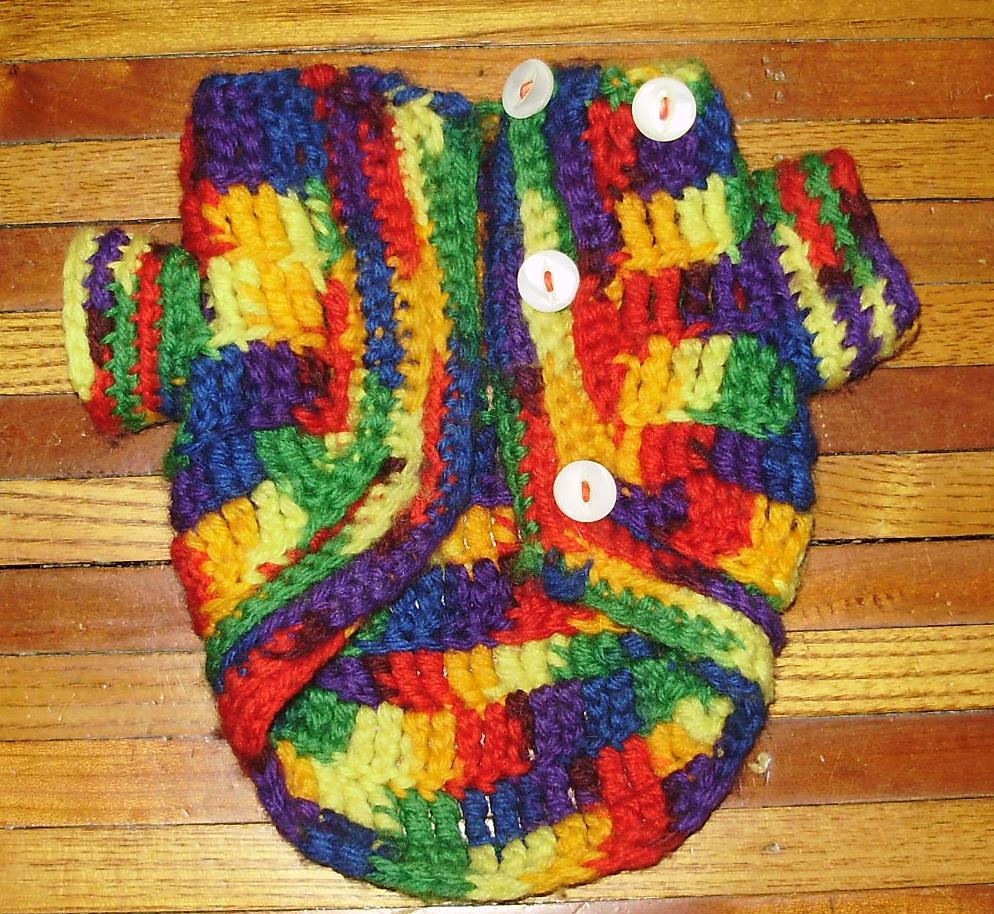