Here’s one of my own creations. To make this Easter bunny, I used the directions for Cozy Cat that appear at the end of Died in the Wool. Instead of the simple garter stitch, though, I used the stockinette stitch, and just for fun I knit him from an ombre yarn in the wildest color combination I could find. 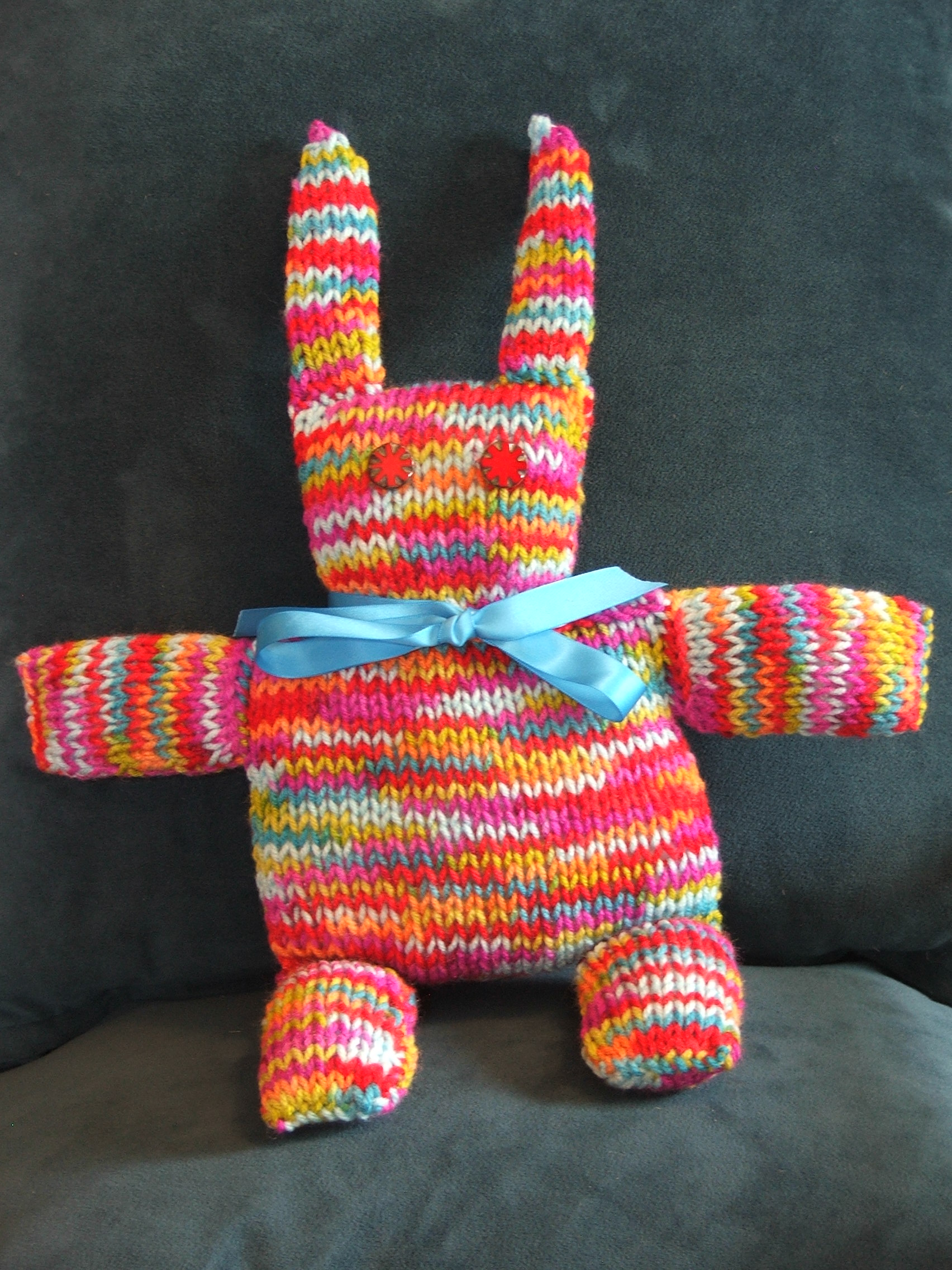 Instead of Cozy Cat ears, I gave him bunny ears. (Scroll down for ear directions.) 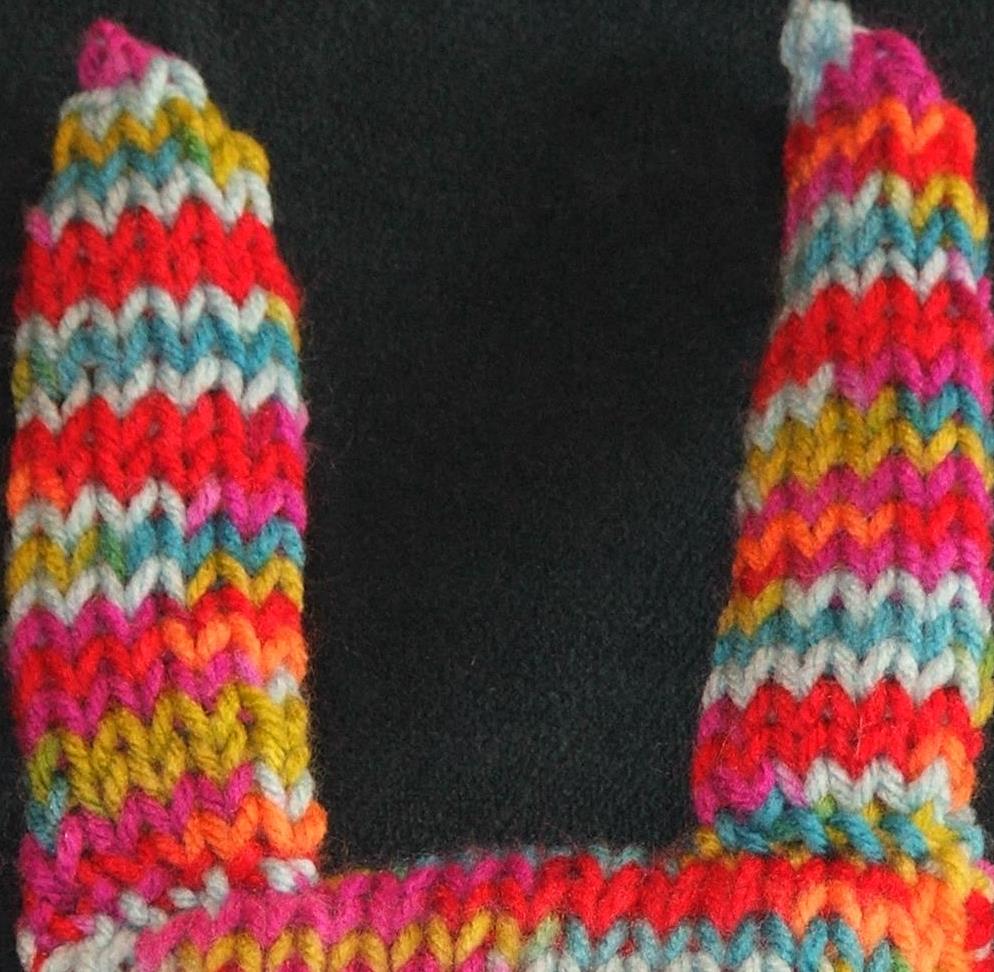 And I found these amazing eyes at a local bead store. 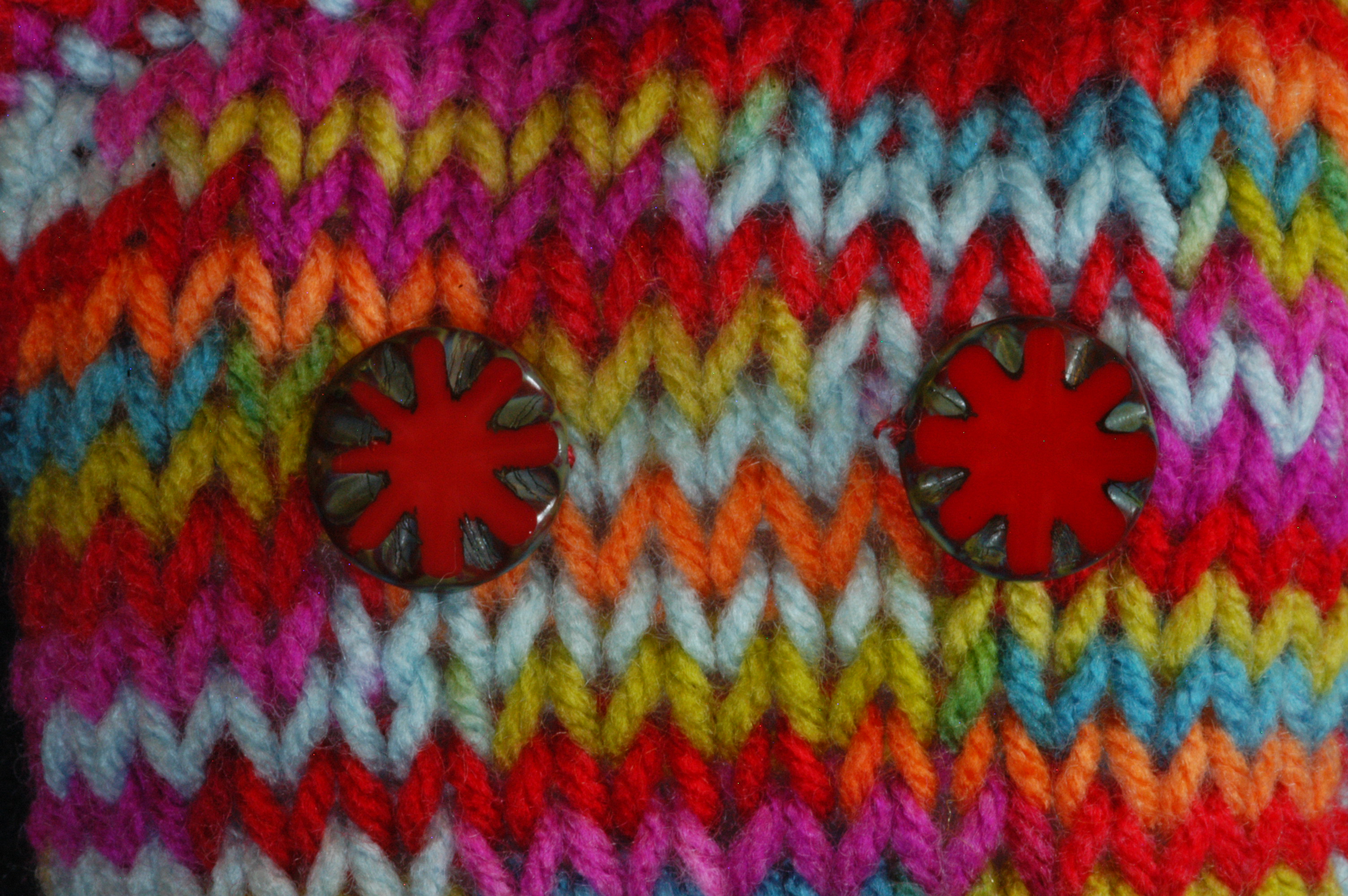 Of course he had to have a bunny tail. (Scroll down for tail directions.) 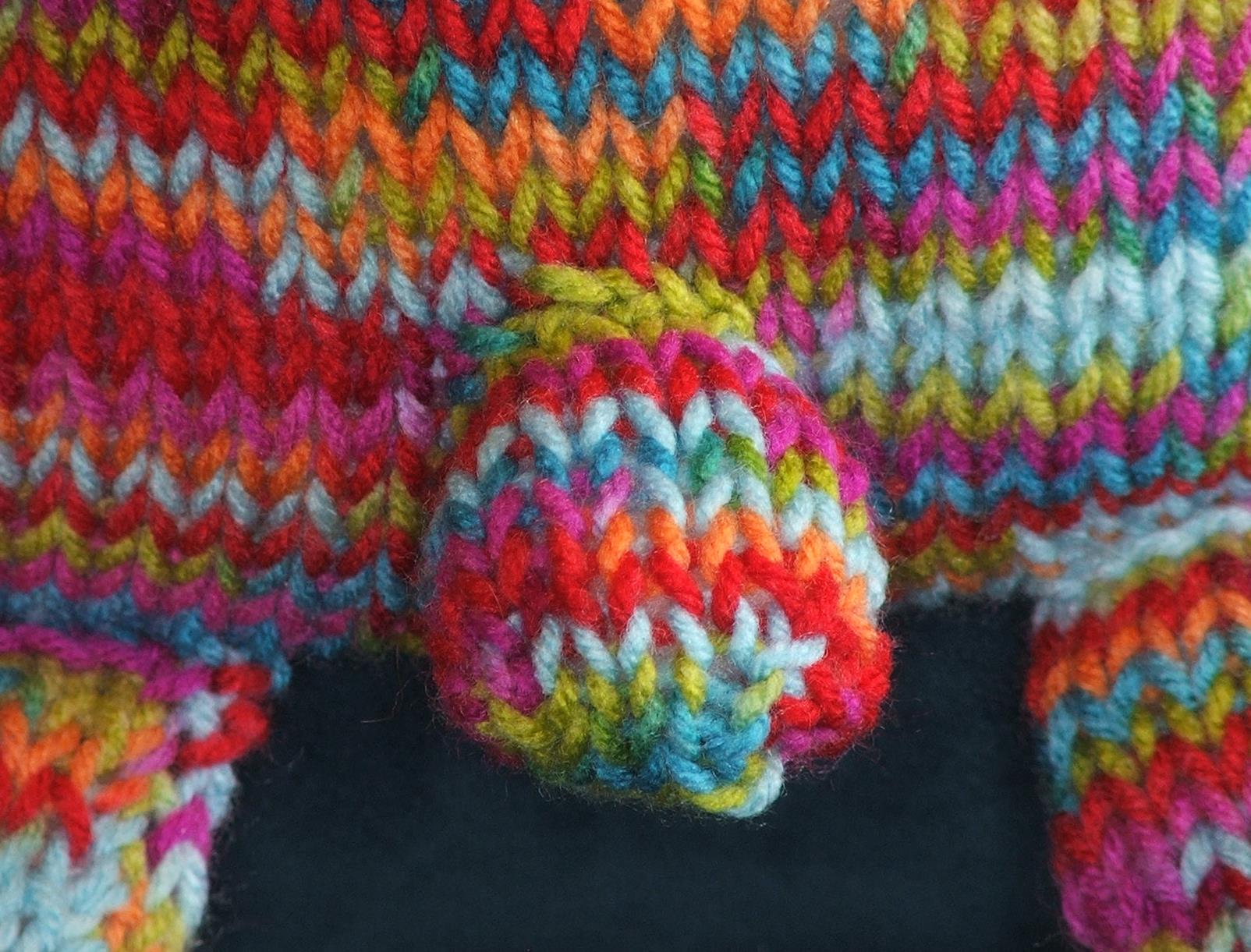 Here are directions for the ears:

Cast on 10 stitches. Knit 18 rows. On the 19th, begin decreasing one stitch at each end of each row until you have just one stitch left. Slip it off your needle. Cut your yarn, leaving a tail of a few inches. Thread the tail through the loop you slipped off your needle and pull tight. Thread a yarn needle with the tail and stitch along the edge of the ear for half an inch or so to hide the tail. Cut off what’s left of the tail. Using the yarn needle again, sew the long edges of the ear together just to where the decreasing started.

Repeat these directions for the other ear.

Sew the ears onto the head with the seam facing the back. 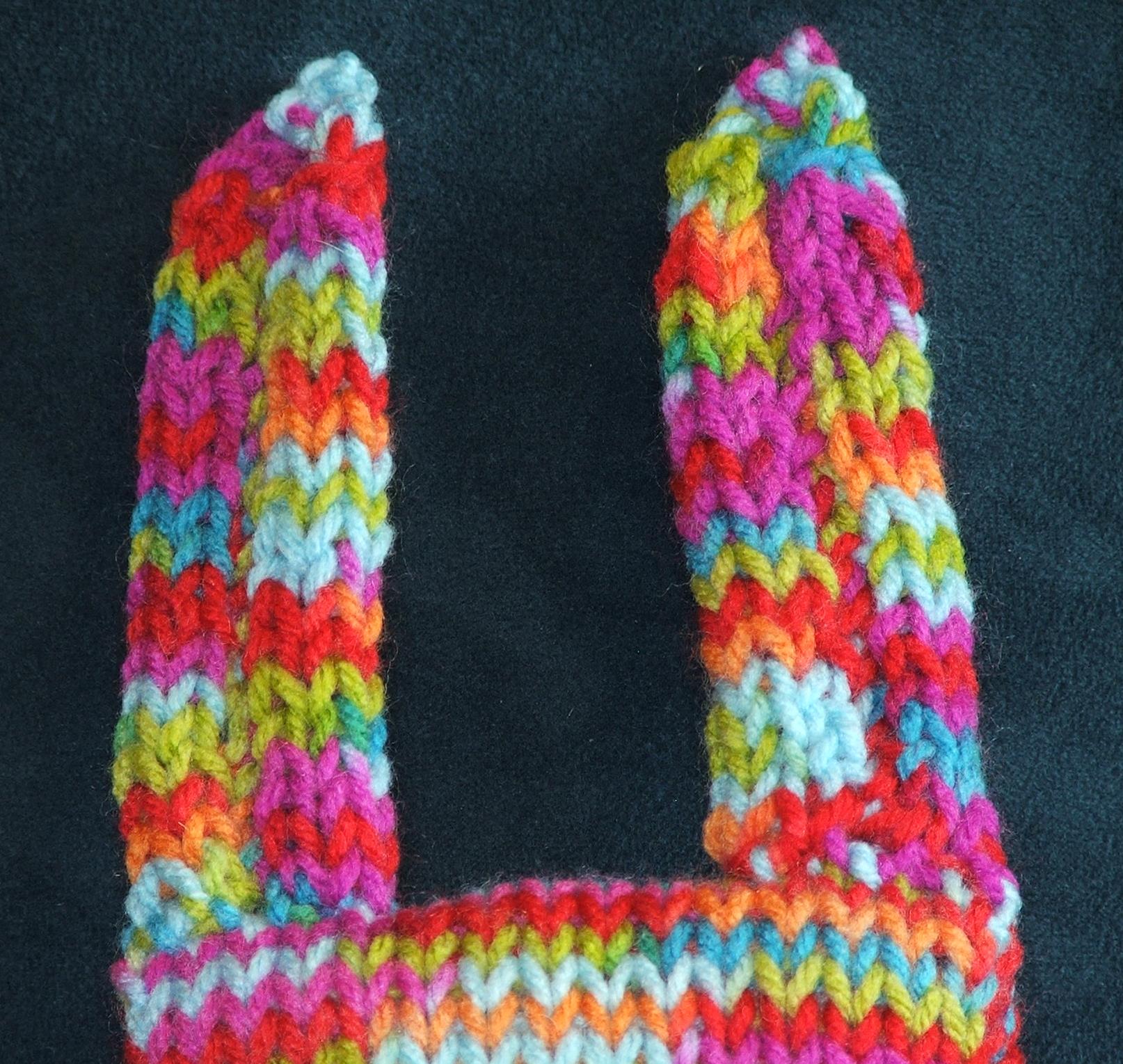 And for the tail:

Cast on 12 stitches. Knit five rows. On the sixth, begin decreasing one stitch at each end of each row until you have just four stitches left on your needle. Knit seven rows. Cast off. Sew the edges of the 12-stitch-wide section together to create a tube. Fold the flap down and sew its edges to the top edges of the tube. Stuff the tail with a bit of the same stuffing you used on the body of the bunny—see directions for Cozy Cat. Sew the tail on the back of the bunny body. Try to sew around the open edges rather than flattening the edges together and sewing straight across.