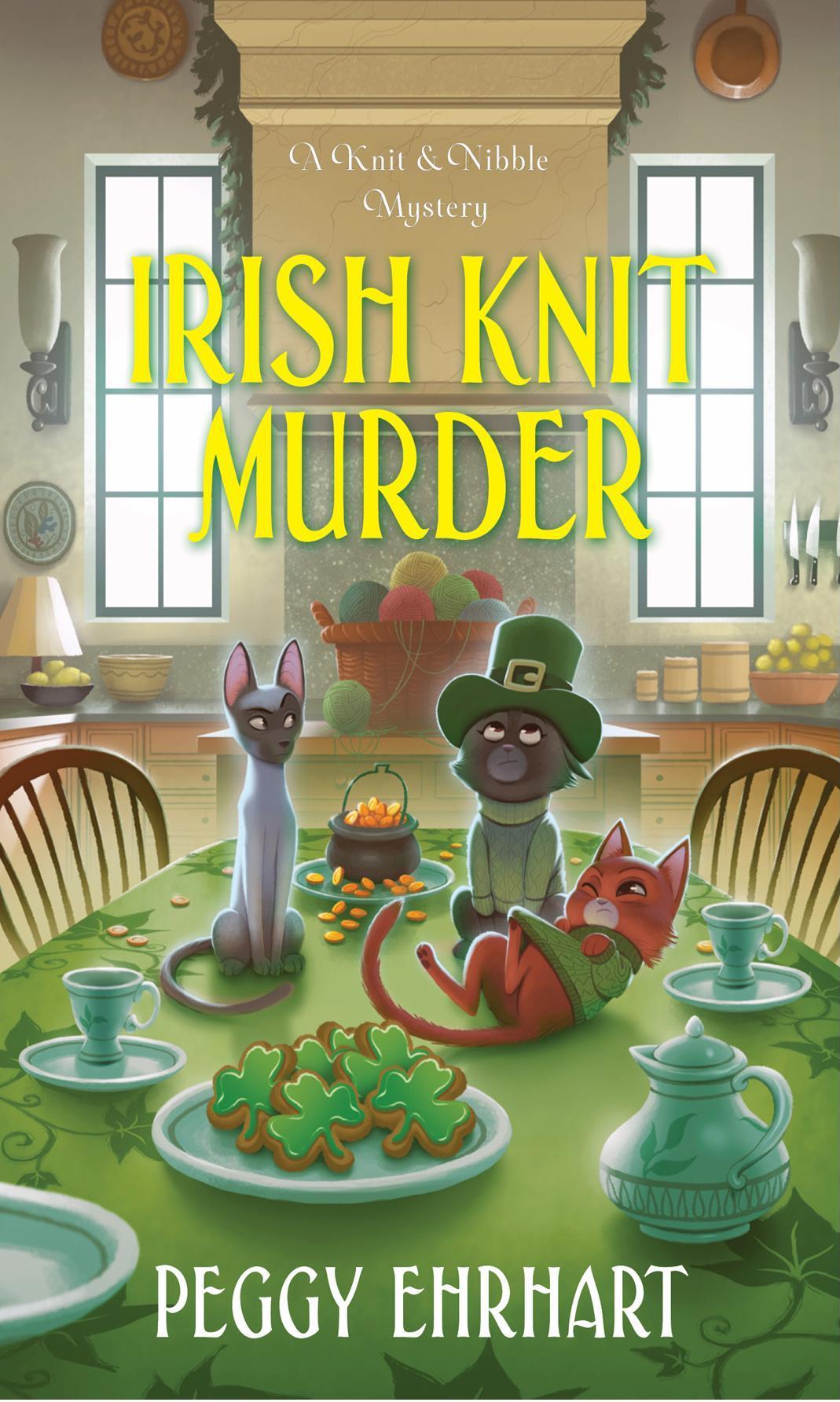 Peggy Ehrhart’s ninth Knit and Nibble mystery will appeal to fans of cozy mysteries, knitters, and other crafters. It will also appeal to fans of Betty Hecht and Sadie Hartwell, as well as Leslie Meier and Lee Hollis.

A member of a prominent New Jersey family has been found dead on St. Patrick’s Day—and Pamela Paterson and her knitting club have a parade of suspects . . .

The Listers have been part of Arborville society for generations—though seventy-something Isobel Lister doesn’t fit the role of upper-crust heiress. She’s always been a colorful character, and her fun-loving spirit is on display at the senior center celebration as she performs some beloved Irish songs. But just minutes later, her body is found backstage.

It’s hard to imagine who’d target a harmless eccentric, and Pamela finds herself suspecting everyone. There’s the Wiccan who thought St. Patrick wasn’t so saintly; the woman upset about cultural appropriation who feels the commercialization of shamrocks is a sham; the two men Isobel was seeing, who could have been green with jealousy—and old friends and family who may have feared Isobel would spill their secrets. But Pamela’s on the case, and that means for the killer, the jig will soon be up . . .

In Irish Knit Murder Nell teaches some of the other Knit and Nibblers to crochet nests for orphan baby creatures that have been rescued. Yes, crocheted (and knitted) nests are really a thing. Click here for pictures, more information, and directions. Warning: Cuteness alert!

Irish Knit Murder has a St. Patrick’s Day theme, but since it takes place in early spring the plot also alludes to eggs. Egg cozies might not be common in American households. According to a British friend, however, they are very much a thing in the UK. They look like tiny knitted hats and they serve to keep soft-boiled eggs, served in egg cups, warm until they are eaten. Egg cups are also not a common household item these days—one has to like soft-boiled eggs in order to want them—but they are delightful collectibles now and eBay is full of them. 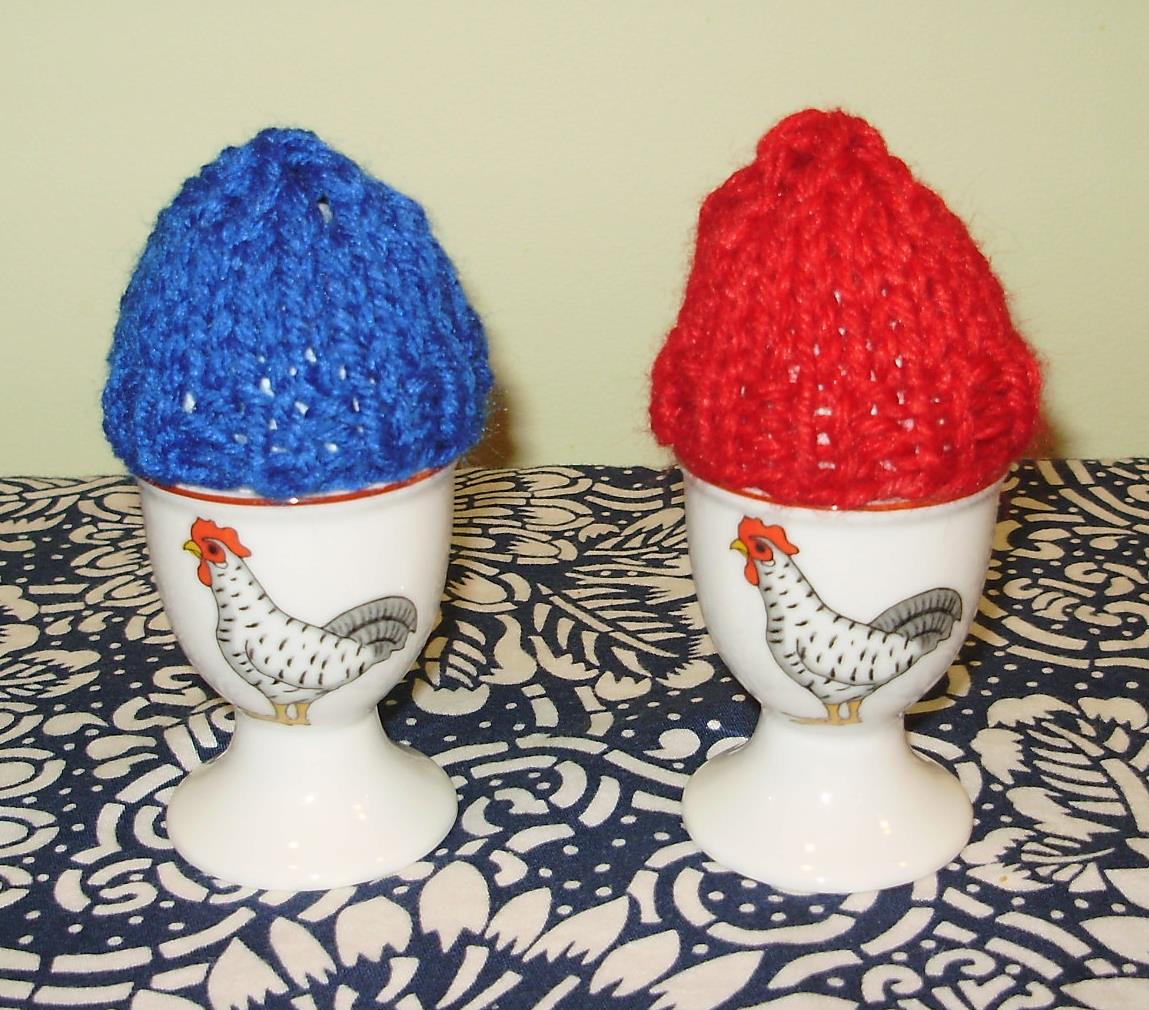 They don’t take much yarn, so you can use odds and ends. 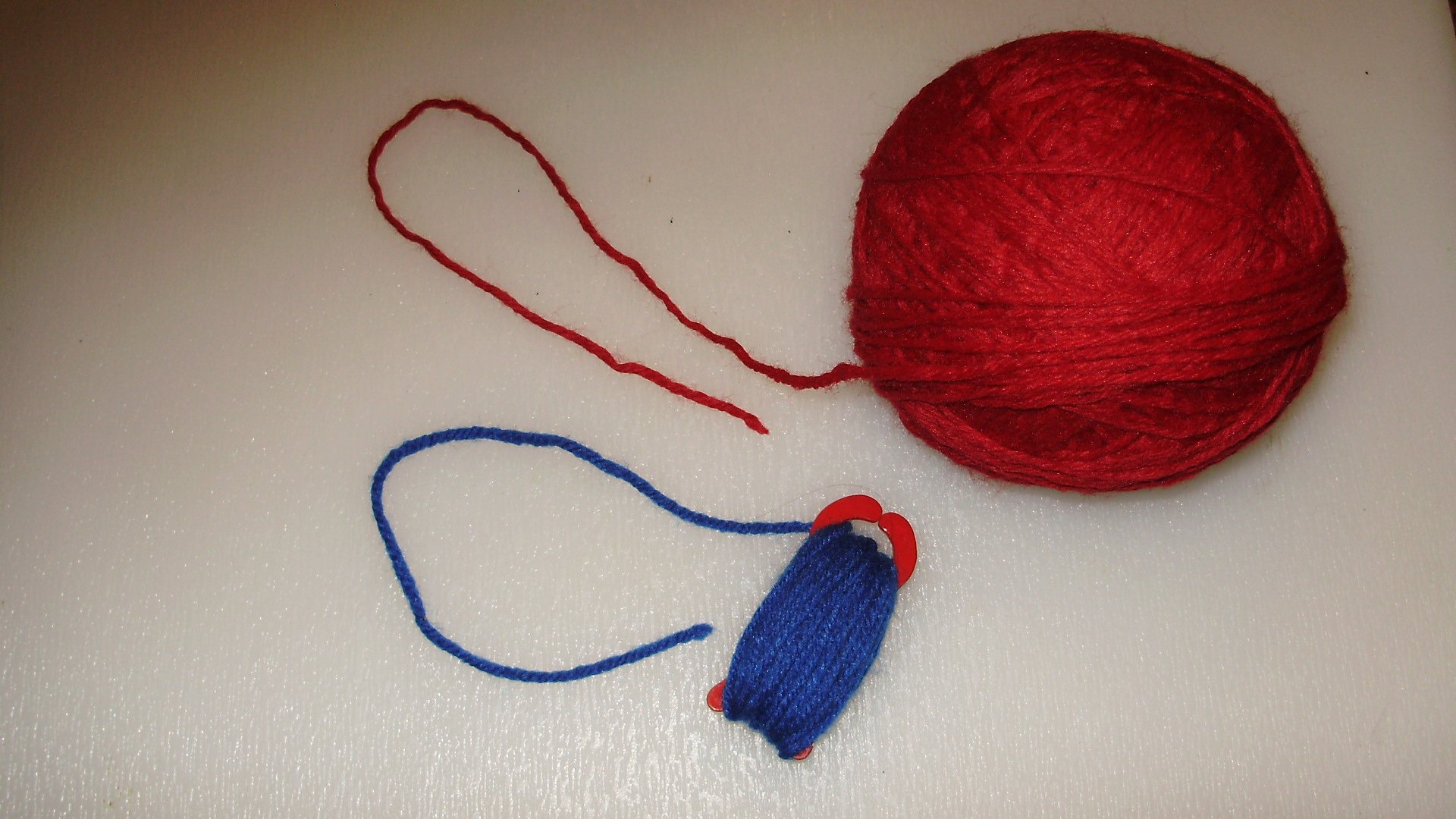 Top row: the last five stitches, transferring them to a yarn needle. Bottom row: loops pulled into a circle, hiding the yarn tail. 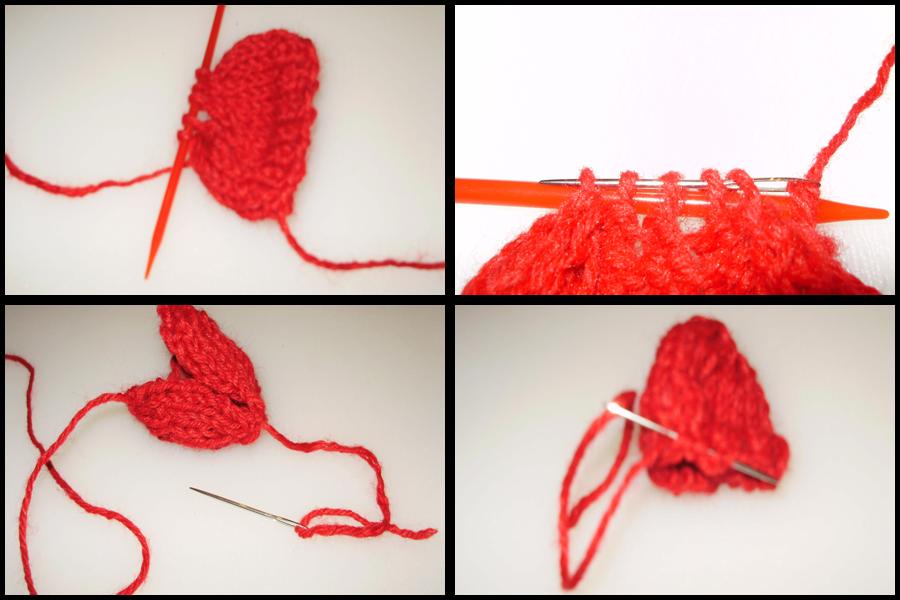 I thought Irish Coffee Trifle would make a nice, and very original, St. Patrick’s Day dessert, but one can scarcely conceive of a recipe idea anymore without discovering that someone has posted a version of that very thing on the internet. The version in Irish Knit Murder, however, is my own invention, which I arrived at after studying online recipes for tiramisu and consulting Fannie Farmer’s recipe for “Tipsy Pudding.” 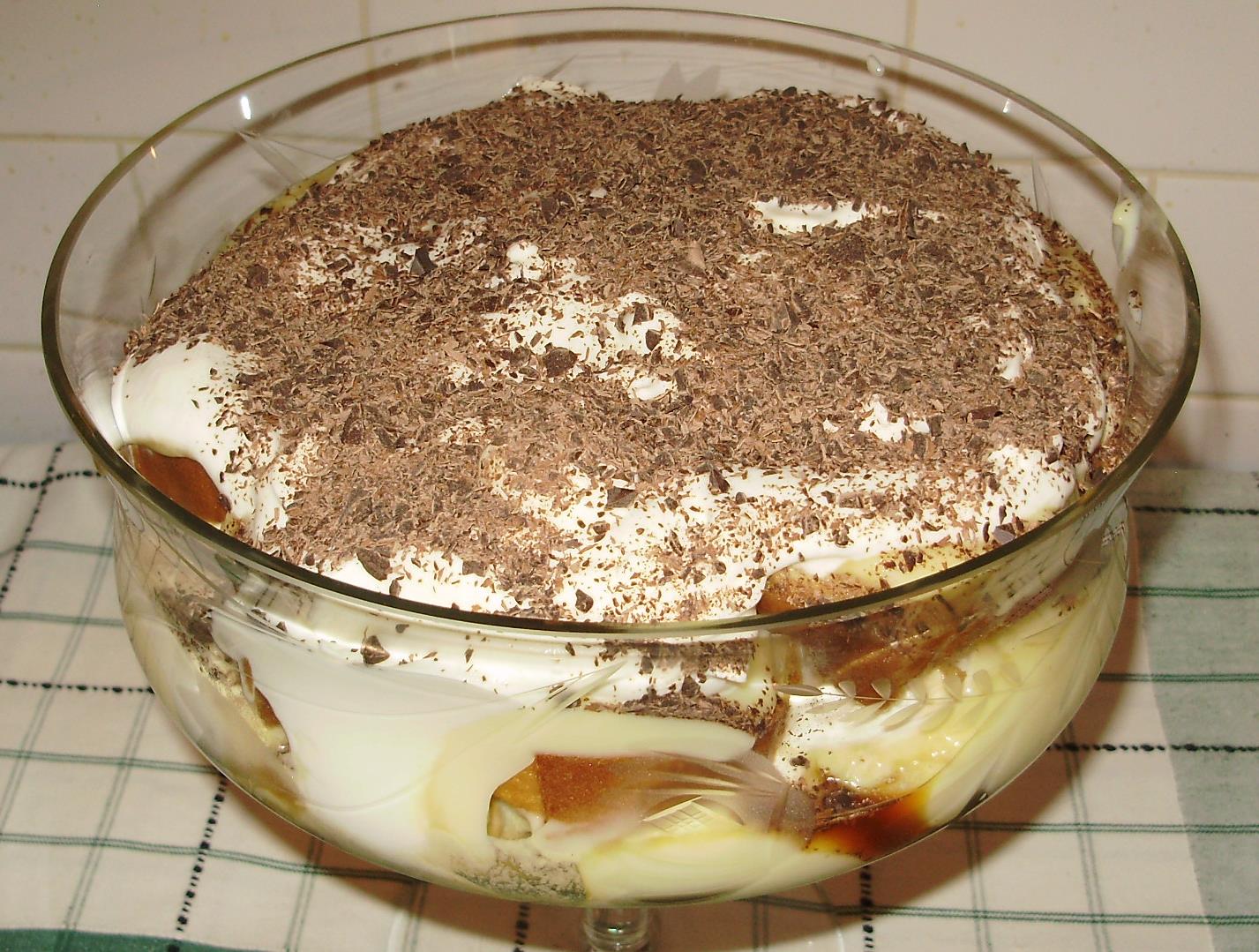 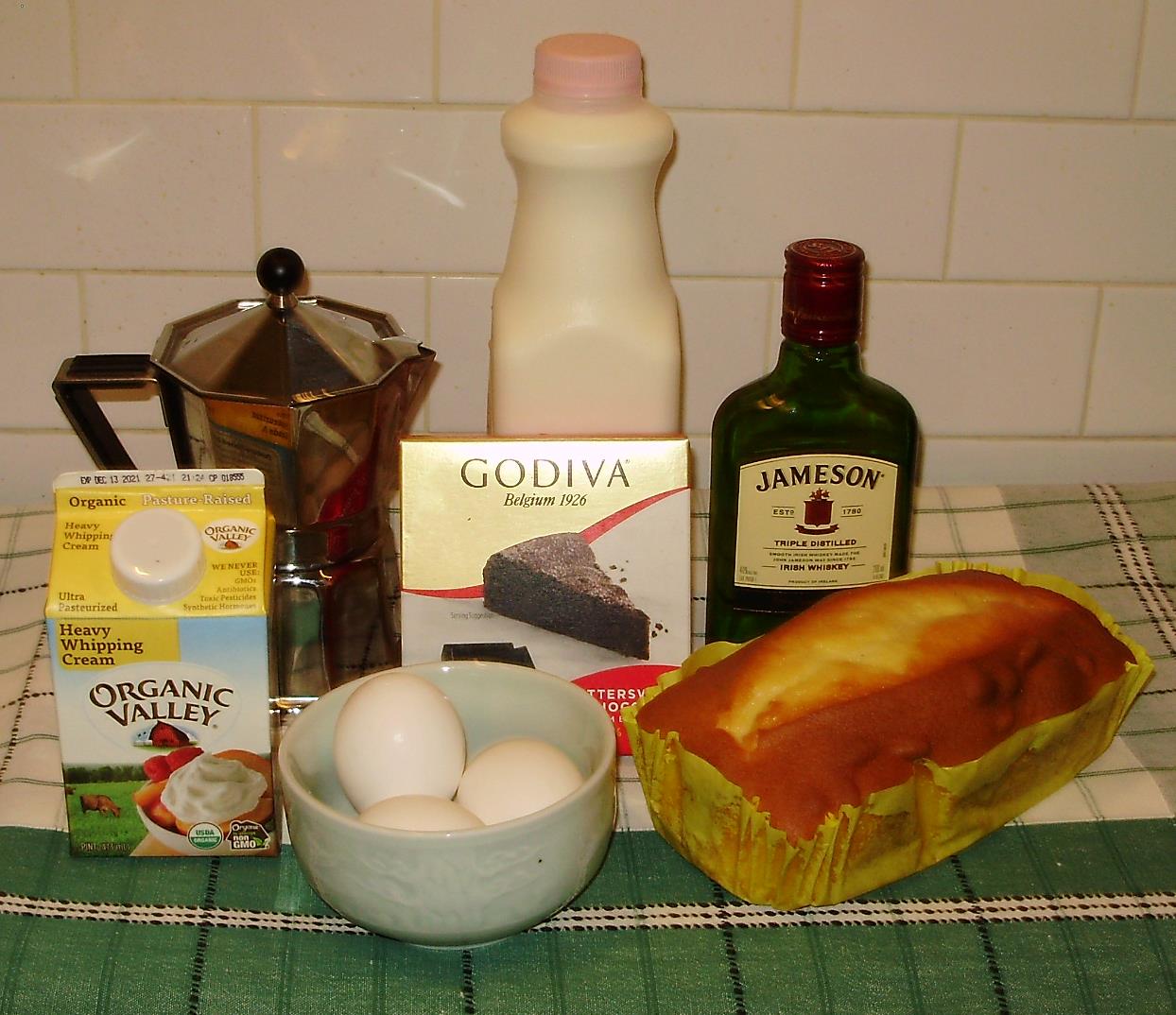 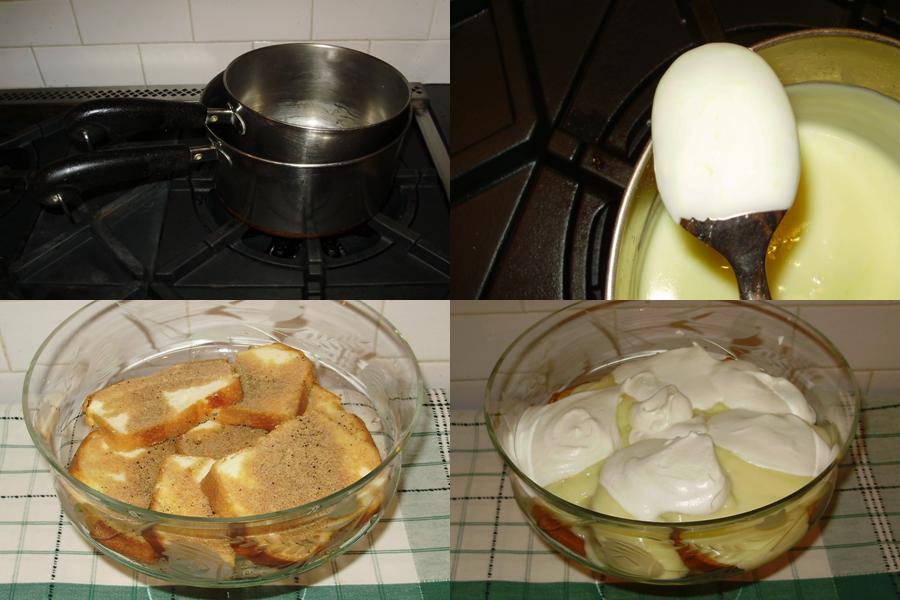 Have a bite. It’s delicious! 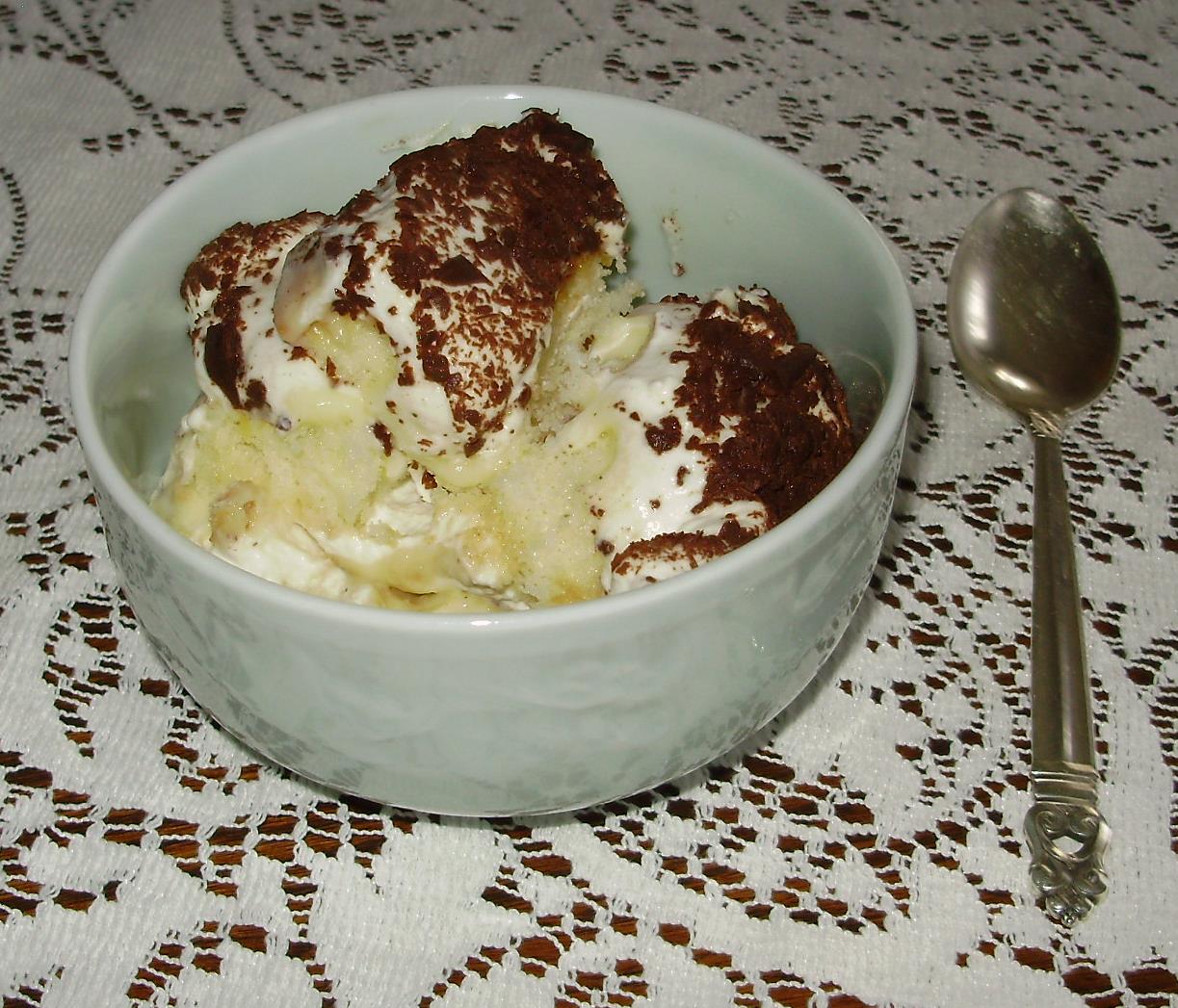