My mother was a devoted crafter, even doing her own upholstery! She knit–including argyle socks, sewed clothes for herself and her children as well as elaborate drapes, turned out quilt after quilt . . . I hardly recall her ever being idle. As she got older, she turned to needlepoint. She left a needlepoint project unfinished when she died last summer at the age of 99. One of her grand-daughters is now finishing it.

Shopping for gifts became very easy when she entered the needlepoint phase: needlepoint kits were always appreciated. Usually the kits were intended to become pillows once the design was worked, and my sister became adept at adding the backing and stuffing that would transform them.

Several of the needlepoint pillows have now come down to me. Because of the cats in my Knit & Nibble mysteries, I ended up with a batch of . . . CATS!

This one is quite realistic. The needlepoint design does an amazing job of capturing the effect of a calico cat–or maybe tortoiseshell. 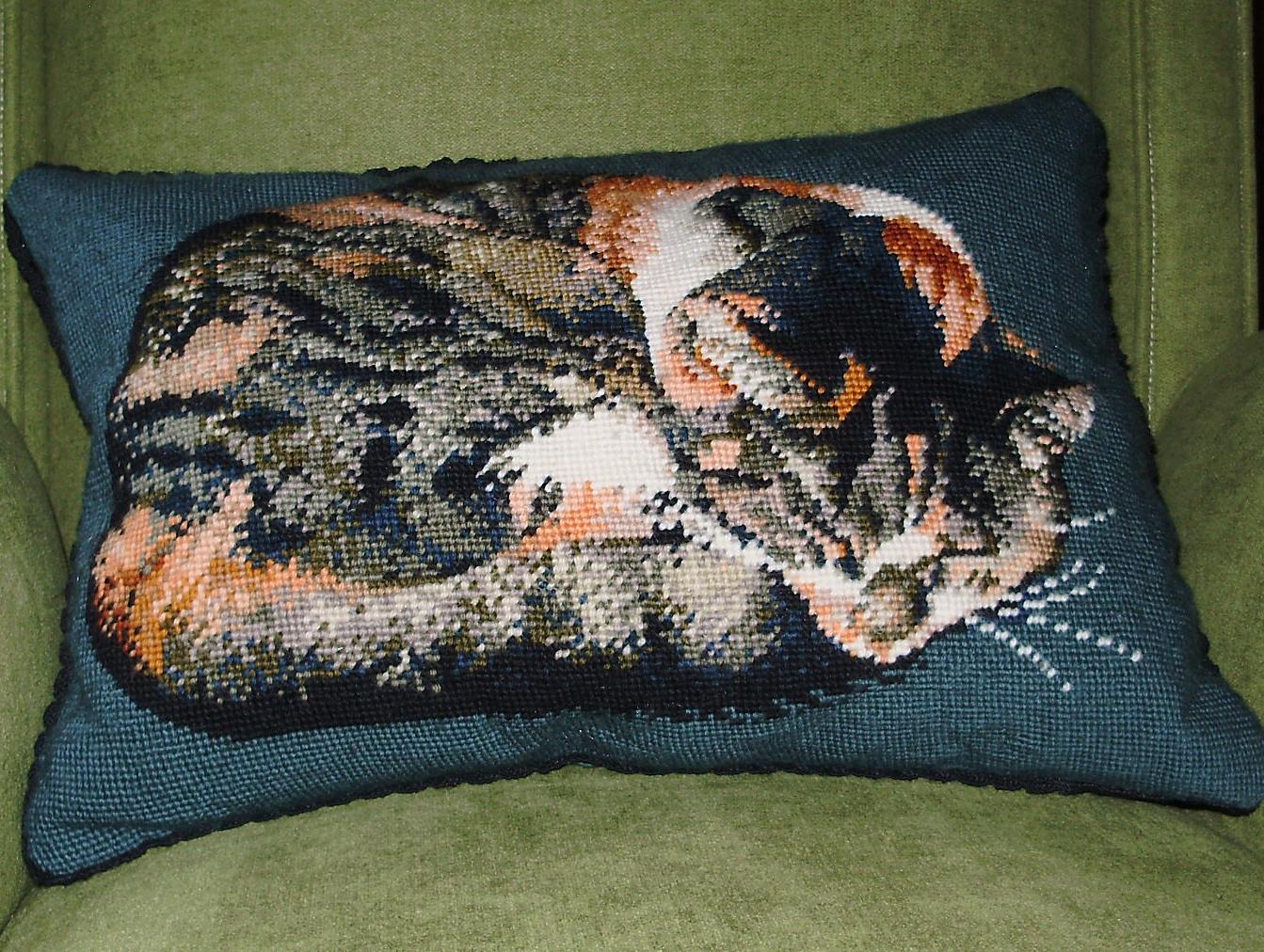 Here’s a close-up of the face. I love the whiskers. 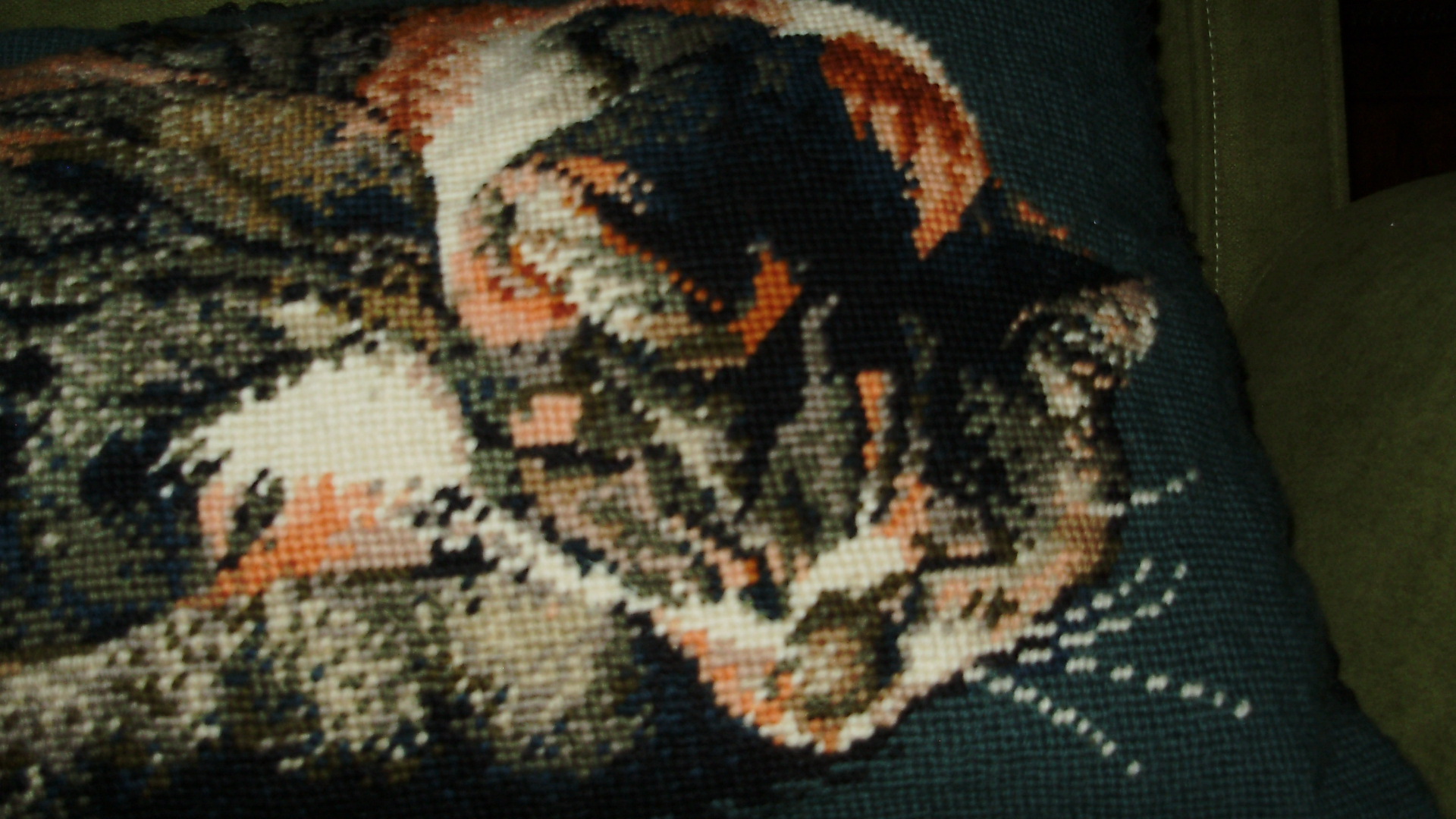 Here’s one that poses a cat against a stylized field of flowers. My mother liked kits with a lot of detail rather than those where the fun of working the central design was followed by the boring task of filling in a solid background. This cat seems to be a black and white tabby. 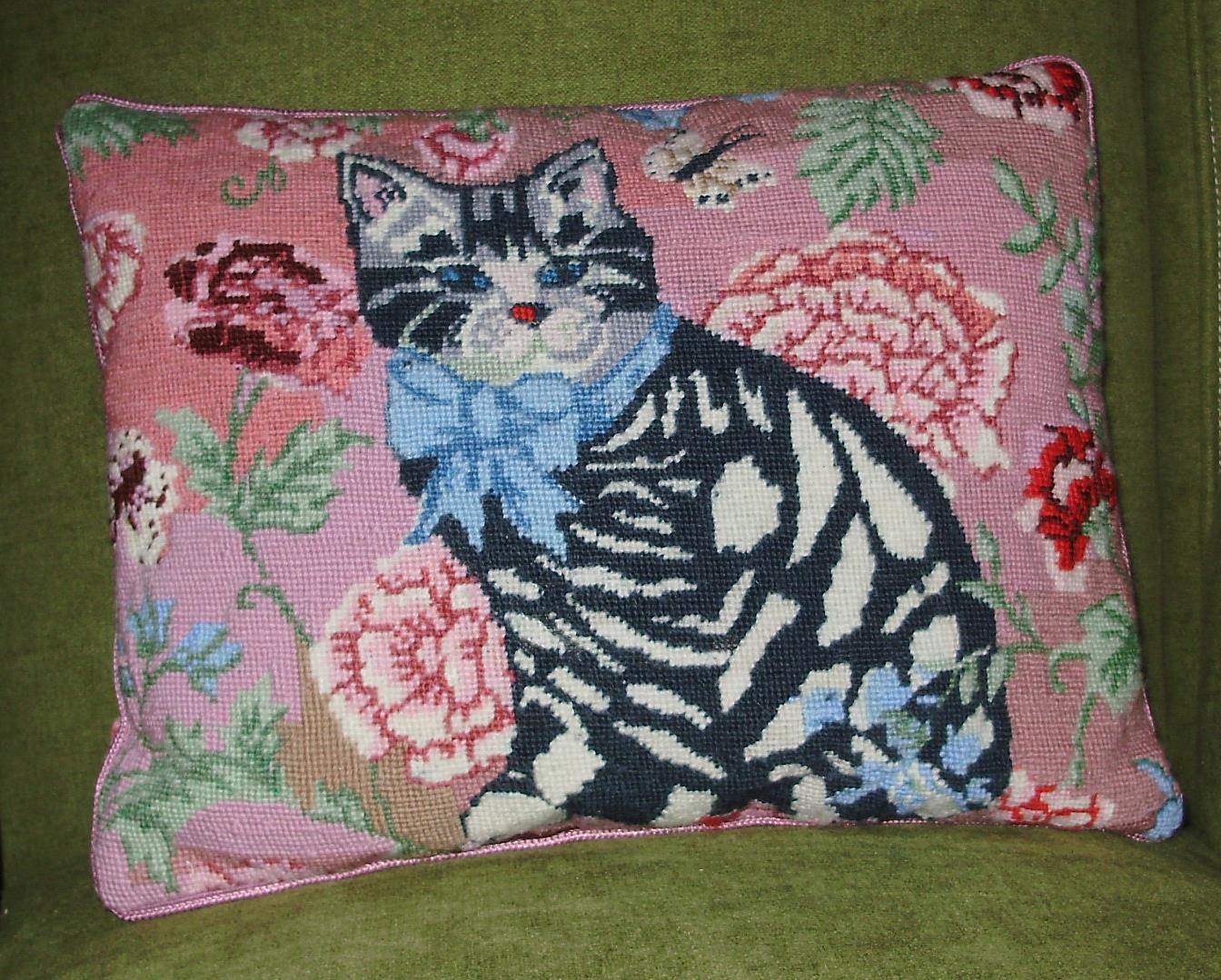 I feel like the kitty is staring right at me. 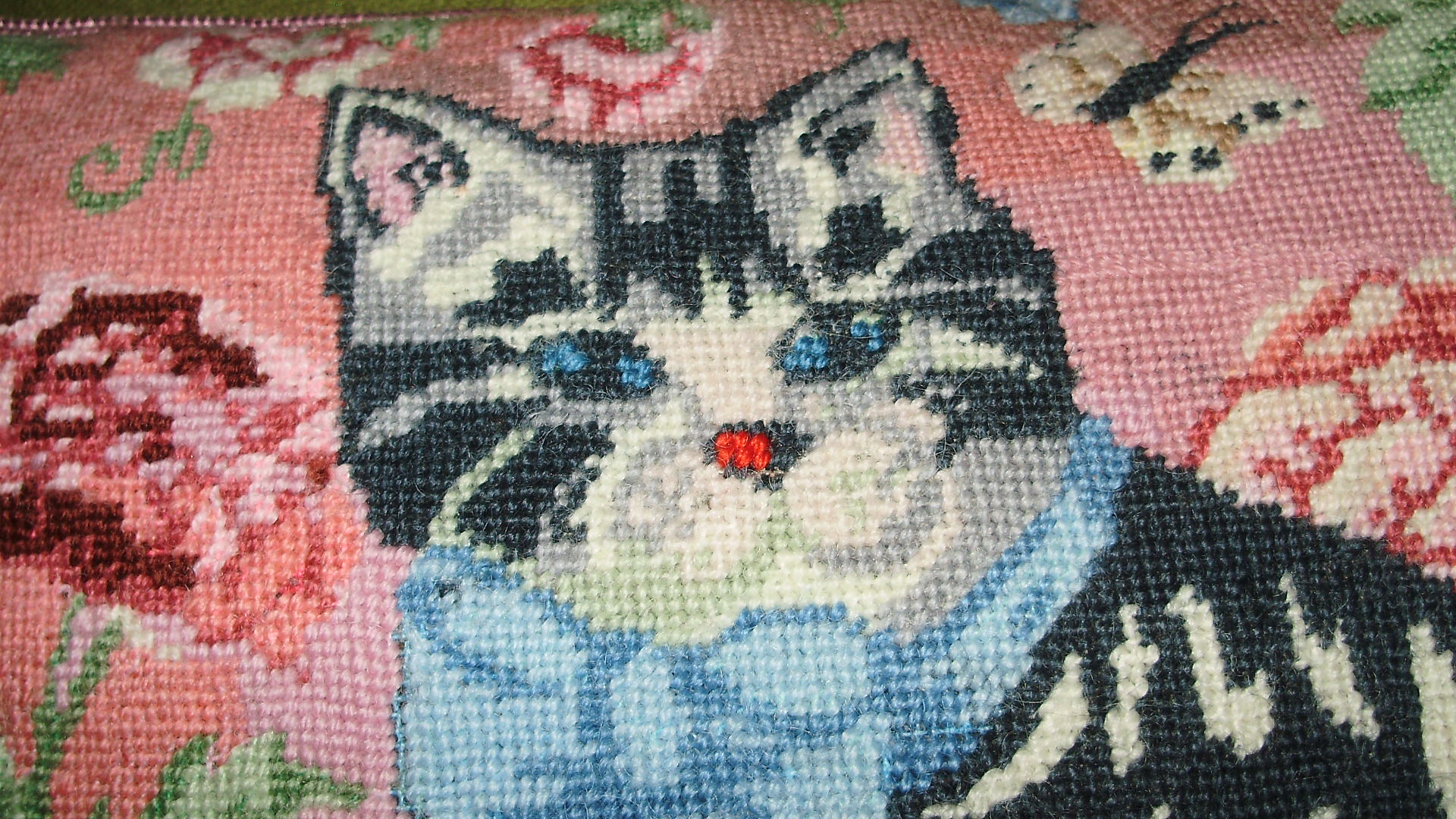 And this one is more fanciful. As I recall, the kit was a gift from me–a striking tortoiseshell cat with green eyes. 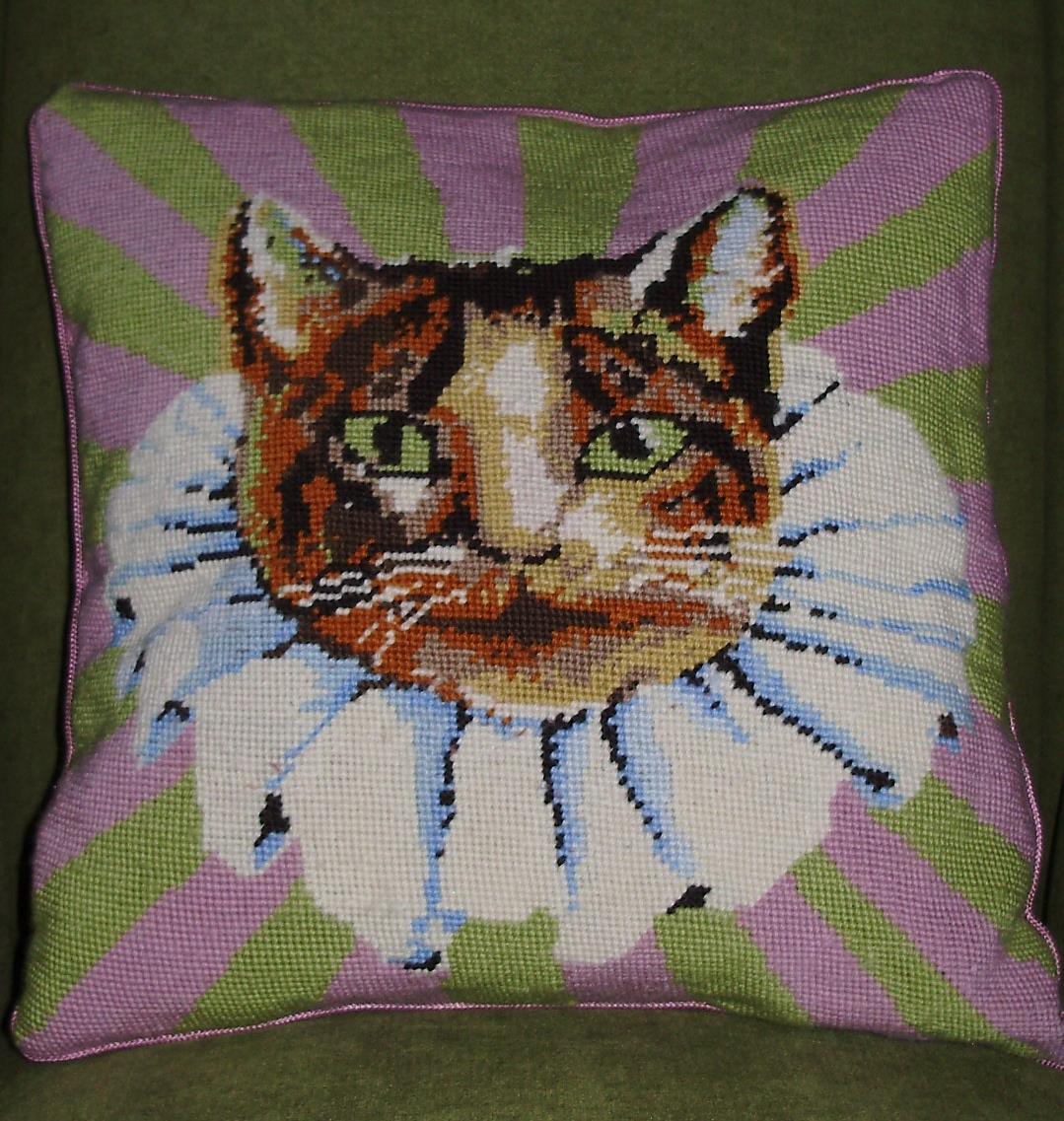 There’s a kind of desperate look in the eyes, as if to say, “Why are you making me wear this silly outfit?” 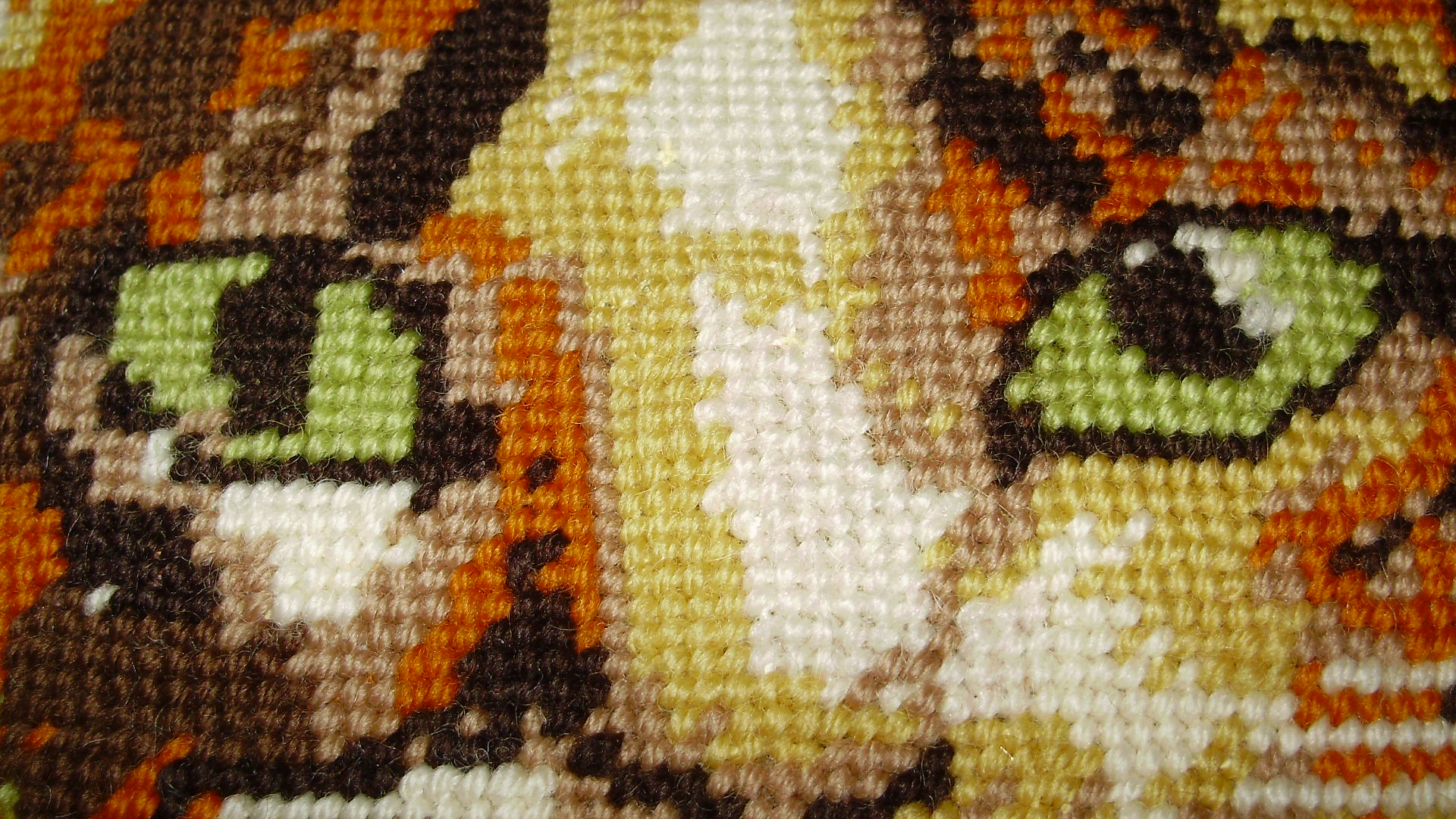